Here is a modest list of the fonts I have been using along my 15 years of coding/programming. If you read those lines, I assume you are looking for a good font which is pleasant to code with, easy to read with distinct characters (ex: O / 0 or l / I ).

It’s my go to when I’m on a Windows box and don’t have not enough time to spend on the configuration of new fonts. As this font is installed by default on Windows since Win7 it’s really handy. For example, when I need to fix a server or whatever using SSH, I just select it directly into PuTTY and that’s it — No fuss. I also used it a lot during my high school and college period however I don’t think I would be able to code every day with it now as I would get tired of it pretty quickly. Have seen this one way too much, everywhere.

Source Code Pro is another nice font I’ve used for a long time. It’s an open-source font created by Adobe. 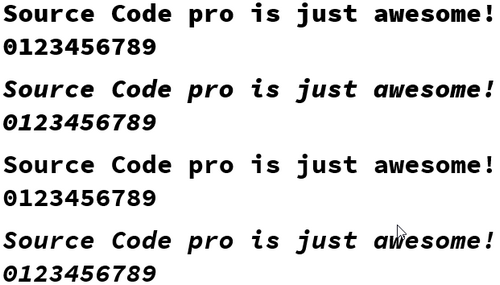 It’s the font I’m currently using in my terminal (Terminator), Zsh and VIM. A timeless classic.

This is my font of predilection when I do programming using Sublime Text. 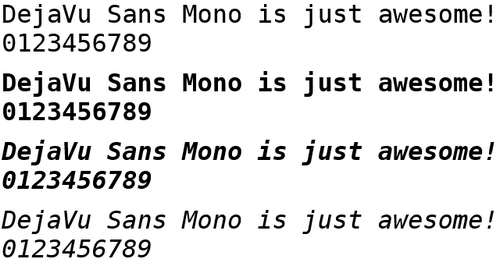 It’s fun how this article reminds me the early 2000’s when I was stuck to the “Courier” font— don’t blame me.

I have also heard about Hack and Inconsolata recently which seem to be popular as well. Tell me your favorite fonts for coding/programming, I’m sure there are plenty of it I’m not aware of